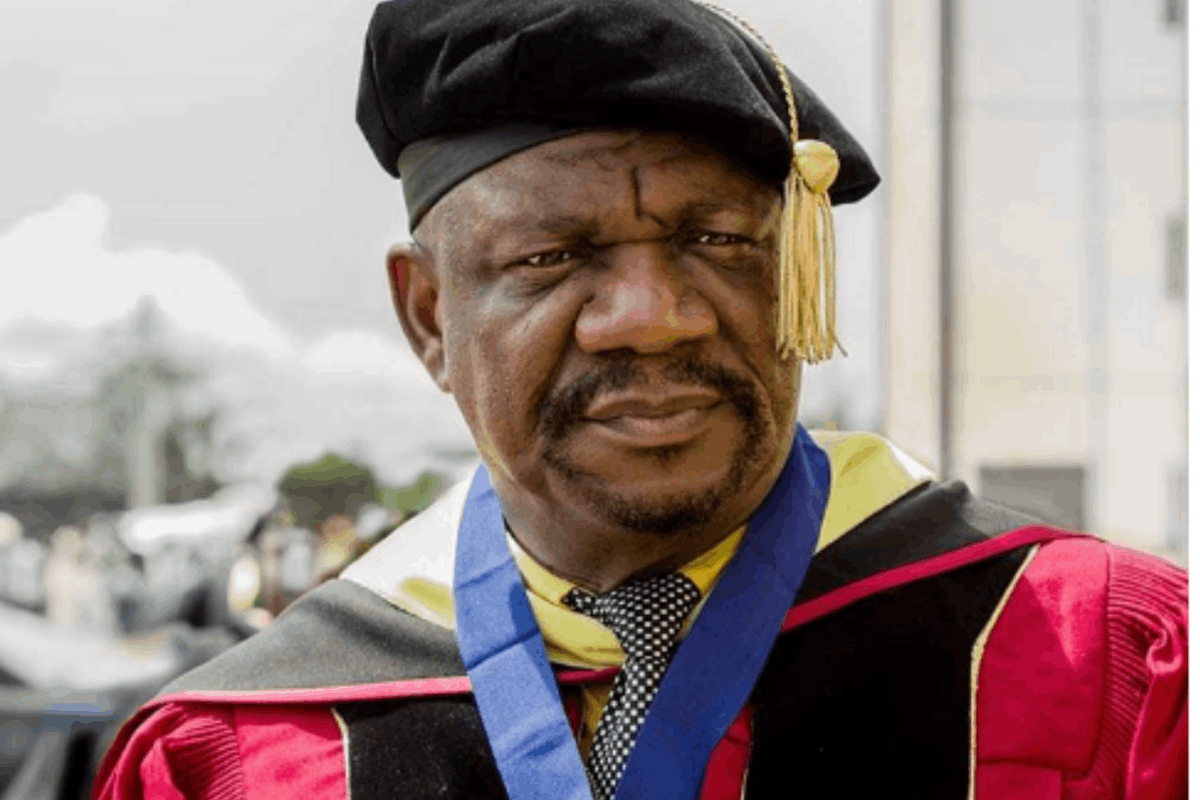 Dr. Alex Usifo, a multiple award-winning Nigerian actor and one of the fathers of Nollywood, was born on April 16, 1953 in Ewohimi, Esan South East Local Government Area of Edo State.

Dr. Alex Usifo, asides being a prolific actor is also very passionate about academics. He studied Mass Communication And Philosophy at the University of Lagos before proceeding for a masters degree and recently obtained his PhD from Babcock university Western Nigeria in July 2016. He has been reported to be lecturing at the private university.

Before venturing into the movie world, the ever clean-shaven film star generally known for his incomprehensible serious-minded look, took a shot at priesthood as he attended St Peter and Paul Seminary Bodeja, Ibadan but later opted out.

The actor who lost his mother in 1970 became born-again in 1991 and once hawked fried fish and fruits to complement his parents’ lean resources.

In 2012, Achievers International University and Seminary, Spain in conjunction with Action Word Educational Services, Lagos, honoured the veteran actor and movie producer with a doctorate degree in recognition of his excellence in artistic performance in the entertainment industry.

Some of his popular movies include Okoro the Prince, Strong Men at Work, Trumpet of Death,Who am I?Final Point, The Guilty, Azima, Silent Night, Desperadoes ,My Love, Classical Fraud, Dangerous Sisters to mention but a few.

He is famous for playing the role characters of some of Nollywood's most unforgettable villains, most notably his role in the classic Silent Night, starring Ramsey Nouah and Segun Arinze. His deep voice and commanding on-screen presence made him perfect for these roles.

Featuring in over 50 movies, Alex also gained popularity for his role as the terrifying Chief Odiete in the shortlived TV series "Beyond Our Dreams" which used to air on NTA.